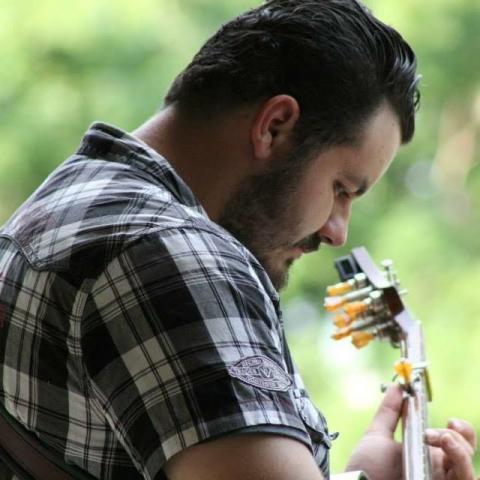 Raised in a musical family in Anderson, Indiana, Cody Looper started playing guitar when he was 9 years old and eventually joined his first band alongside his father. Soon after, Looper began playing mandolin and eventually banjo, cutting his teeth on the musical genius of Earl Scruggs. Looper spent the subsequent years playing in various groups and most recently with Blue Mafia. Looper credits his time with Blue Mafia as an opportunity to grow as a professional musician and says he owes his banjo technique to the influences of many talented musicians such as Tony Wray, Avery Perry, Ron Stewart, Jim Mills, Ron Block, J.D. Crowe.

Looper will be replacing former Flamekeeper member, Gaven Largent who recently accepted the dobro position with Blue Highway. “I’ve always been impressed that while coming up with really creative ideas, Cody never loses sight of the traditional side of banjo playing,” says Michael Cleveland. “You can hear a little bit of all the great banjo players in his playing, but even more important, you can hear things that are definitely his own style. I’m looking forward to what he will bring to the Flamekeeper sound.” “I have always been a fan of Michael’s music and especially enjoyed getting to jam with him,” says Looper. “I’m super excited to start this new chapter of my career with Flamekeeper.”